Breaking the Cycle of Violence

Dayna wasn’t even 10 when he first started trying to parent. He’d steal food for his younger brother and take him to the staff room at school to make sure he got enough to eat.

Dayna and his brother were neglected as young children.

He thought things would be more stable when he was separated from his brother and sent to live with his extended family.

Instead, he was regularly punched and treated like a slave by some of the people who he trusted to look after him.

“That’s when I started to really see violence and a lot of abuse … a lot of it … sad to say but that was just real for me from when I was 10 until I was 16.

It was those people who actually shaped my ugliness because they were physically, mentally, emotionally and verbally abusive … just everything.

I was always too scared to go home because I knew I was going to get a hiding for God knows what … something that wasn’t even my fault. It was full on punches with a closed fist. Their discipline was just out of this world.

Inside I just felt I didn’t want to carry on. I thought ‘why should I carry on living? Who wants to live that life? ‘Not me.’ “

When Dayna was expelled from school at the age of 16, his father came and took him away.

His life was more settled for a few years and at 22 he had his first child but  he was also drinking a lot and smoking marijuana – partly to numb some of his emotional pain.

Within a few years the stress and pressure of parenting was really starting to take its toll on Dayna, his partner and their children.

“It wasn’t until my third child … that’s when it took its toll. I couldn’t even stand my own kids … as harsh as it sounds, that was the reality and my parenting went down from there. I started yelling at them. I started emotionally abusing them and I started hitting them.

Pretty much everything that had happened to me… I projected onto my kids. My first son started becoming violent at school… I hated myself for that. Everything I was teaching them was wrong. But I didn’t know any way other than to hit people.”

It was only when Dayna and his partner’s children were eventually taken away from them that he began to realise he had to change to get them back.

“My children were interviewed by the police… they told them everything I had ever done to them. I read what they said, and it just broke my heart. I just felt like a weak little man.”

Soon after Dayna, who is now 32, referred himself to a Family Works’ The Incredible Years Parenting Programme. The 14-week, evidence-based programme uses techniques including emotional coaching and role playing to help parents to build healthy relationships with their children, encourage positive behavior and address challenging behaviour.

“When I started… I’ll say this… I wasn’t sure at first. But as the sessions went along, I felt like the facilitators were really wanting me to learn and and I felt like giving them my all.

They constantly lifted me up and told me: ‘You can do this.’ That helped me to carry on and I put my heart into it… not my mind… my heart.

As the course went on all of us parents became fully committed. We gelled and became more confident in ourselves. It was a beautiful atmosphere and it really helped to change the way I relate not just to my kids but to people as well.

Things are a lot smoother with my kids now. I’m not aggressive. I’ve learnt how to approach them and speak to them calmly in a soft tone of voice. My kids used to walk around me and not come up to me because they were scared of me.  They would isolate themselves from me. Now they are not scared of me. When I ask them to do something, they just say ‘okay Dad’. 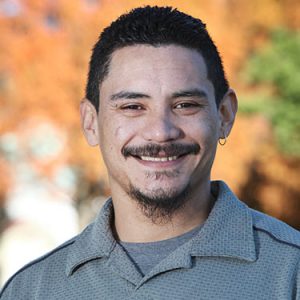 By taking the step to refer himself and being part of  The Incredible Years parenting programme he has recognised the changes he needs to make to break the violence cycle, and to be the best parent he can be.

DONATE NOW
Share this:
Gordon Achieves His GoalsArt Packs for Love Reaches Out

How you can help