Home » About Us » Our Board » Mr David Hansen 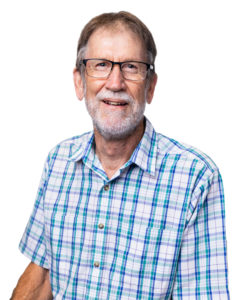 David joined the Board in November 2014 as the representative for Northern Presbytery (for North Shore).

He worked for Auckland International Airport Ltd from 1990 till 2006, initially in the role of Engineering Manager and since 1997 as the General Manager Operations.  Before that he held several positions with Beca Carter Hollings & Ferner Ltd. in Indonesia, Singapore and as a Director in Auckland.

Since his retirement in 2006 David has been active as a Rotarian and as a member of St Aidans Presbyterian Church in Northcote.

He has been a member of Northcote Glenfield Rotary since 1989 where he has been President, held several Directors’ positions and currently is the Assistant Governor in District 9910.  He also is a member of the International Yachting Fellowship of Rotarians, currently in the role of Auckland Fleet Commodore and South Pacific Regional Commodore.